"....when darkness seems to win, we know that pain reminds this heart that this is not our home.

What if Your blessings come through raindrops, what it Your healing comes through tears,what if a thousand sleepless nights are all it takes to know You're near.

What if my greatest disappointments or the aching of this life is a revealing of a greater love this world can't satisfy. What if trials of this life, the rain, the storms, the hardest nights are your mercies in disguise."

From the song "Blessings" sung by  Laura Story.

Well well well.... turns out I am still in Aizawl, my Delhi flight got cancelled because of really2 bad weather. Funny thing is keimah ni flight chiah kha an cancel a, kan hma & hnung a flight ho thlawh chhuah hun kha chuan khua kha thra vur bik loisia. Obviously being the spiritual fool that I have become i took it as a sign from up above that it was'nt time to leave yet hahaa!! Dad & I decided not to reschedule but instead postpone the trip by a few months. Why? Because I can :-D wahahahahaha

I'm still trying to figure out my life and what I really want out of it. Of course I do the whole "I do my best, i pray real hard and leave it to God" stuff but I am human after all so at times I get a bit restless and that leaves me to wonder about a lot of things like figuring out my life and what I really want to do with it! But at the end of the day I'm okay and I'm happy.. I know this sounds kind of silly at times but I know everything is going to be okay in the end because I have Jesus.

I've never been a religious lunatic. I believe in living  a good life, having fun, doing what makes you happy and loving to the fullest. But I am a spiritual person, my hope makes me glad because I never stop praying. Once upon a time I had lost my way because i went through a very painful time in my life. But now I've come to understand that that was God's way of showing me He had always been there to hold me up and watch over me even during the darkest time of my life. When I look back i understand how I let my pain control me to turn away from Him.

This is the song that rescued me and just like that I snapped out of it! I started to heal bit by bit. So today being a Sunday and all, I just thought I should share the song on my little web space out here. :) 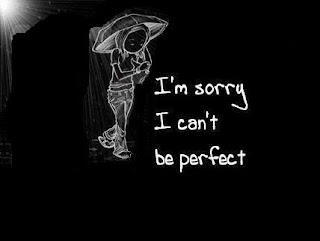 I absolutely hate the lazy me just as much as I hate the moody me on my migraine days... its 3am in the morning, drowsiness seems to be ignoring me and I fail to understand why??!!

Why is it that people pretend to be something/someone they're not when all the while the real them is silently screaming inside them for release?? Why is it so important to these people to be something a little more than themselves just to impress someone? Somewhere along the way the real YOU will always shine through because seriously, how long can one keep up one's "fake reality"?

Don't lose your identity just because you want to fit in. I strongly believe we can make a powerful statement just by being ourselves in all our weirdness, quirkiness, randomness and all our flaws because the truth of the matter is no one is perfect. If someone won't accept you with the flaws you have, well... i guess they're just not worth it!! let us all embrace the imperfectly perfect beings we all were intended to be!

SHAKESPEARE AS A COMIC STRIP?

First of all I wanna say - my blog so my perspective.This is a BRIEF compilation of a paper i wrote for my Language Intensive Study Programme class.It's supposed to be informal and written PURELY from one's perspective.

The usage of language and the way Shakespeare formulates his words in his plays is what Shakespeare's plays are most famous for.The language is what makes it most intruiging.But I do wonder sometimes if they would enjoy more popularity in modern times if they could be written in proper everyday english,or would that take away the beauty of his plays?

If Shakespeare were to be adapted into a comic strip,I do not necessarily think that it would be a degradation of his work or of the original text.It would simply mean putting it in a simpler and everyday form of English.It would naturally appeal more to people and perhaps even expose the lighter side of the plays rather than emphasise on the tough text,in the meanwhile making the reader so much more disinterested.Also,it just might raise interest in the reader to read up the original text and familiarize himself/herself with Shakespeare.I for one know from the observations that i have made that hardly anyone picks up a Shakespeare book and reads it for pleasure in its original context.

Now this brings about another question - If Shakespeare's plays were to be converted into comic strips,then would it be appropriate if the text were in some other language besides English?According to me,that would be rather awkward because they were written in a particular manner pertaining to to a particular society.I know of a few Shakespearen plays in its original texts that have been translated but to me,when i say 'Shakespeare', it is always the English language that comes to my mind.

No,I do not think that converting Shakespeare's plays into comic strips is a bad idea.Obviously the text will not be in its original form but that need not and does not degrade or take away the essence of the story as long as it is done properly without changing the characters and the story.
Posted by Babie LalSangzeli at 10:47 AM 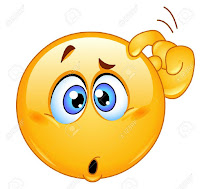 
#India – Unity in Diversity,
Doesn't that sound so pretty?
Or is the concept rather silly?
With contempt, with mockery –
They say Bihari, they say Chinky.
Help me analyse, let me understand!!!
Where, o where should I stand?


#I’m a Mizo. I come from Mizoram,
That’s always so easy to say.
I’m an Indian, I’m from India…
Now why doesn't that sound as dear??
Posted by Babie LalSangzeli at 5:46 PM